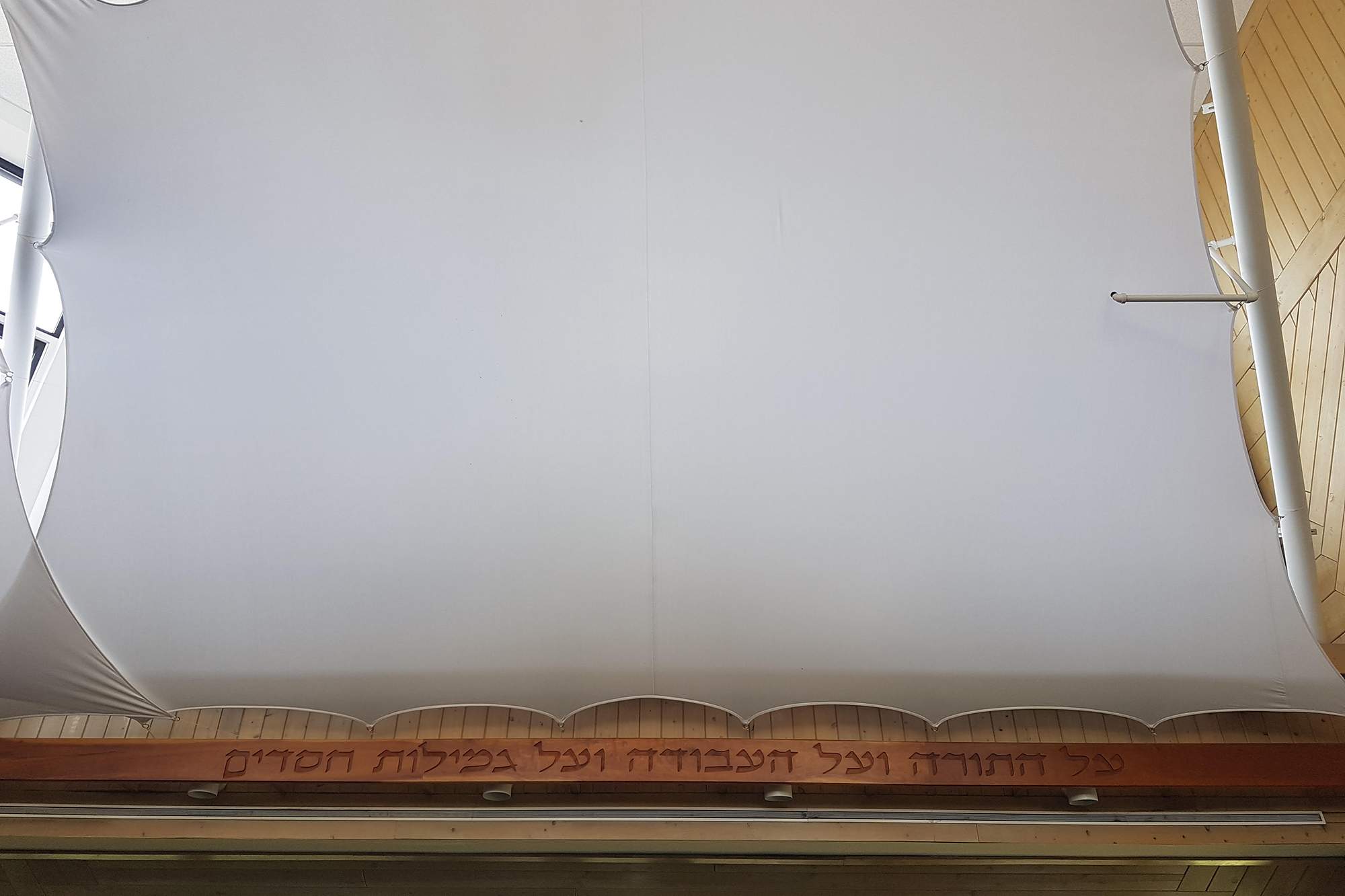 On March 11, 2000 Adat Shalom was privileged to dedicate a Torah rescued from the Holocaust which is on permanent loan to our community and is contained in our Aron Kodesh (ark). The Torah was one of 1, 564 scrolls brought from Czechoslovakia to England in the early 1960s. Many of those scrolls were restored and given out to Jewish communities around the world so that they might be used again. What remains in the collection in England is mostly burned and damaged portions of desecrated scrolls.

During the summer of 1999, the family of Adat Shalom’s founding rabbi, Sid Schwarz, traveled to England to acquire some part of the Holocaust Torah collection for Adat Shalom’s new building to serve as a historical reminder of this colossal tragedy of Jewish history. This was part of Joel Schwarz’s bar mitzvah project. To everyone’s surprise, including the caretakers of the collection in England, the Schwarz’s came upon a complete Torah Scroll in excellent condition. It is now thought to have been the last full Torah in that collection. Furthermore, upon examination by a sofer (scribe), the Torah was discovered to date from the 16th century, southern Germany. Its calligraphy is so unique that the scroll is virtually priceless.

It is the custom at Adat Shalom that those Bar or Bat Mitzvah students who have a Holocaust survivor in their family are invited to read from the Holocaust Torah.