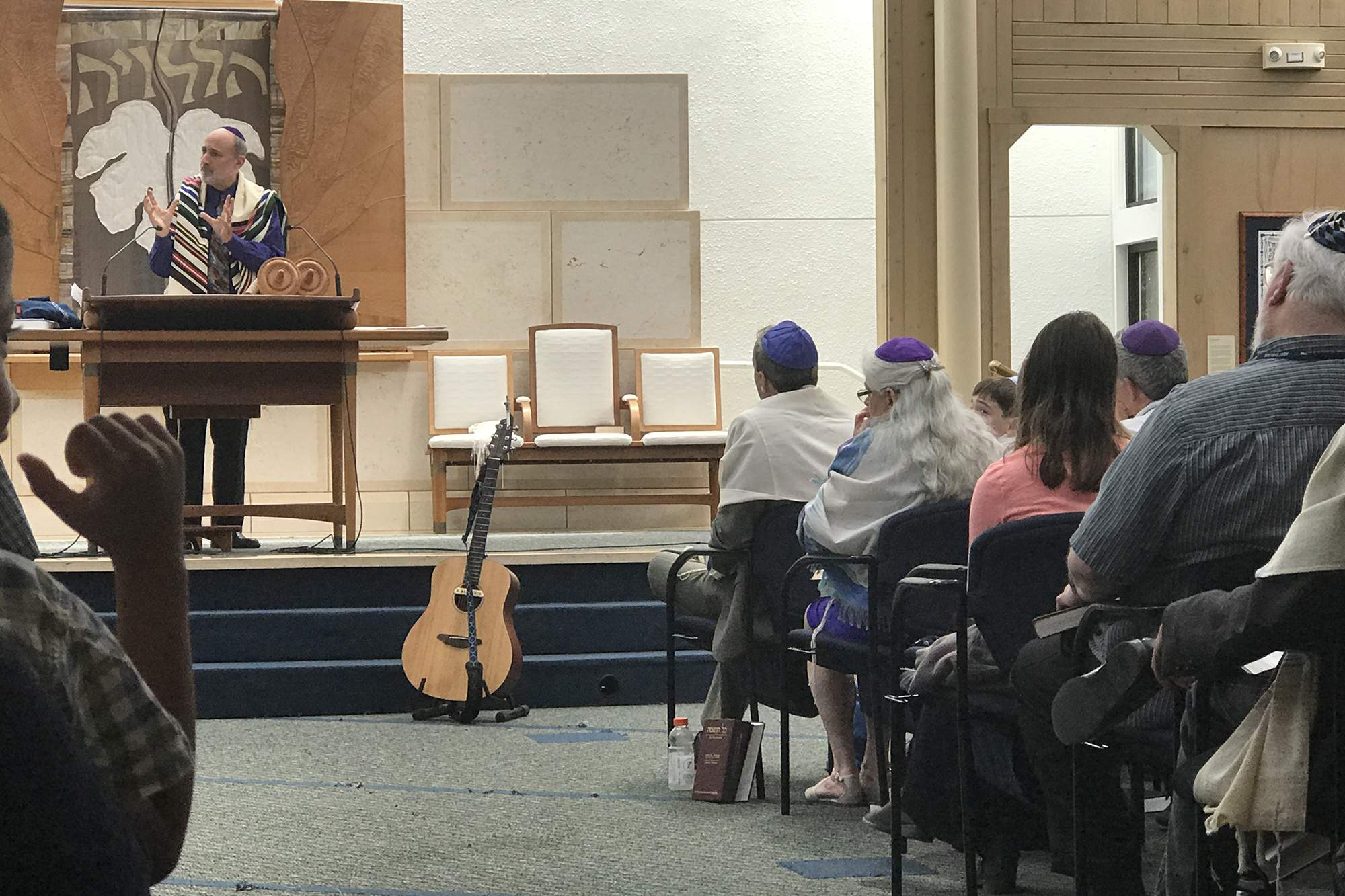 You are here: Home » Learn » Rabbi Fred’s Teachings » Thoughts for the Jewish Months » Thoughts on Adar

Chodesh tov, everyone – the joyous early spring month of Adar begins February 26th, and tradition holds that we’re happy simply for entering it.  (Maybe the rabbis had seasonal affect, so our northern hemispheric tradition embraced the rapidly lengthening days and warming temperatures?!).

The joyousness of Adar is centered around Purim, a holiday celebrating a historically dubious but fun-to-retell reversal of fortune.  The book of Esther tells the story – do come Sunday morning March 1 to hear the ever-insightful Dr. Erica Brown about it! – whose plot lines are random, whose imagery is ribald, and whose conclusion is a revenge fantasy.  It is best understood as parody – even in the setting of its date, which unlike our many full moon festivals, is off by one.

This year, the 14th of Adar is Monday night March 9th, into Tuesday March 10th.  Our big celebration – with carnival and gathering for all ages 11:30-1:30, and PURIM SHPIEL at 2pm – will be one day earlier still, on Sunday March 8th.  Hope to see you there!

Purim and Hannukah are twins, ‘minor festivals’ that celebrate close scrapes for our people in antiquity, with the same liturgical inset for both.  Hannukah celebrates a deliverance for the Hebrews in Israel; Purim is set in the prosperous but tenuous diaspora, in Persia (Iran!).  The Purim story ended (mostly) well for us, and over two millennia of subsequent diasporic Jewry have produced some true golden ages – among them 1st century Alexandria; 11th-14th century Spain; 17th century Poland; early 20th century Germany; 20th-21st century America.  Some of those lasted long; others came to swift and painful ends.

Western Europe in the late 19th century looked promising, and the assimilated Herzl family was sure that universal values would triumph.  Then journalist Theodor recognized, via the Dreyfuss affair, that the Purim story might be more the exception than the rule.  So he quixotically set out to create a global gathering of the Jewish people, with the goal of setting up a homeland.  Ever since 1896, through thick and thin, the World Zionist Congress has met to set agendas, apportion budgets, and create policy for that homeland.

The World Zionist Congress is arcane, opaque, bizarre — and wonderful.  (I can speak from first-hand experience, having been part of it five years ago in Jerusalem).  It’s democratically representative of the globe’s Jewish population, where the 40% or so in Israel have seats apportioned by the most recent (last week as it happens) Knesset vote, and the 40% in the US plus 20% everywhere else having country-by-country elections – “one Jew, one vote,” as it were. And our vote is open only through March 11th, the middle of Adar.  Vote now!

For those who haven’t followed, literally a billion dollars, plus vital policies, come through this vote.  The main dividing line is left versus right, with numerous parties voting in large blocs on issues of the greatest import.  Turnout tends to be small, so a few more votes can truly make an outsized impact.  Just as the Conservative moment sponsors the fine Mercaz party, this cycle Reconstructing Judaism is joining the Union for Reform Judaism behind the “ARZA: Vote Reform” slate – even as numerous Jews you know, including three from Adat Shalom alone (Judy Gelman, Hadar Harris, and myself) are on the slate for the progressive Hatikvah party.

You can’t go wrong with any of these choices – you can only go wrong by not voting!  At www.ZionistElection.org you’ll be asked to confirm your Jewishness, and your support of the very broad “Jerusalem Platform”, and then pay a modest $7.50 administrative fee (reduced to $5 for younger voters in the birthright cohort of 18 to 26 – parents, make sure your young adult children vote too!) – and then cast your vote for Hatikvah, ARZA, or any other party that comports with your values.  Do it during the waxing moon of Adar, for once the full moon comes, the election ends!

(Virginia residents, also be sure to vote in early Adar on the Super Tuesday primary, March 3rd!  Marylanders wait until April 28, and DC residents until June 2…)

Finally, one more Adar highlight – on March 13th and 14th Adat Shalom is honored to host Dr. Shaul Magid, who is among the most creative and insightful voices in the Judaic Studies orbit today, as part of the Kaplan Center shabbaton.  I promise that you’ll be uplifted, challenged, dazzled, and enlightened by his presentations on a range of topics from peoplehood, to the development of Reconstructionist thought since Mordecai Kaplan, to the Israel-diaspora relationship and the Jewish future.

Circle that second weekend in March, now.  And be happy:  it’s Adar!